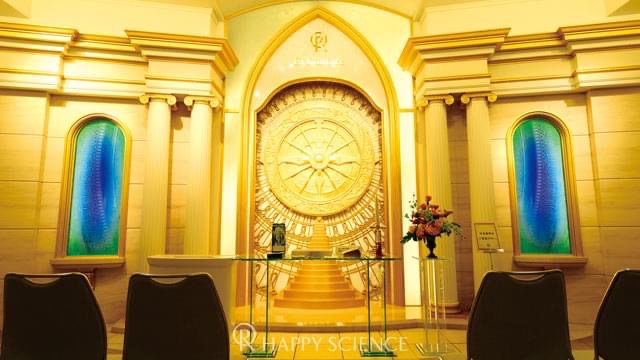 Your environment, personality and future will change if your transform your mind. The fundamental power behind this, is the power of faith.

One Source, One Planet, One People

At Happy Science, faith is fundamental. It is our connection to God and without it we cannot truly make spiritual progress. When you make effort to help yourself, you will find a great outside power will reach out and provide you with assistance. At Happy Science members learn about faith in El Cantare, who is Buddha, God, the great consciousness of the universe.

El Cantare means “the light of the Earth,” and is the God of the Earth who has been guiding humankind since the beginning of the Genesis. He is whom Jesus called Father, and His branch spirits, such as Buddha and Hermes, have descended to Earth many times and helped flourish many civilizations. To unite various religions and to integrate various fields of study in order to build a new civilization on Earth, a part of the core consciousness has descended to Earth as Master Ryuho Okawa.

Believing in El Cantare doesn’t mean to deny the existence of other gods or high spirits. We respect them all. To wish for the happiness of as many people as possible, and try to realize that is what lies at the heart of Happy Science. In the lecture “Live a Life of Truth,” Master Okawa explains El Cantare in this way: “I am now trying to teach a new view of humankind, of life, and of the world. Since ancient times, it has been said there is a huge tree in the universe. One enormous tree of life. You may believe that you are living your life separately, as an individual, but things are different when seen from a spiritual perspective. There is one large tree and the name of this tree is El Cantare.

It has many branches, which are the various races of different countries, which have been determined by different religions. In many different areas, various religions have appeared and many kinds of races have flourished. Some of these various branches come together to make a country. A branch divides again into separate countries and areas. Then these branches divide into smaller branches, and so on. At the very tip of a branch a cherry blossom blooms; this is one being. So your individuality exists at the very tip of a branch of this giant cosmic tree, and on the branch next to you are your companions that you can call your soul mates. So all souls are actually connected to each other.

That is why I am telling you to love each other. To hate and hurt each other is to try to cut off the very branch you are sitting on. Hatred and war exists between races and religions because we cannot reach an understanding. But if we understand that we are branches on the same single tree, then war and hatred will vanish. I am trying to unite the world. I am trying to bring peace and abundance in the truest meaning.”

At Happy Science members learn about El Cantare Faith and how humankind can become one by believing in the God of the Earth. We are are all children of God, and in a broad sense, soul mates, who live together in this planet, Earth.

To learn more about the teachings from El Cantare, we recommend reading these two amazing books The Ten Principles of El Cantare Volume I and Volume II which contains Ryuho Okawa’s first ten historic, fervent public lectures during his early 30’s. These passionate public lectures changed the lives of many and created the first passionate core members in Japan and served as the foundation of Happy Science. Over the past 35 years Happy Science which Ryuho Okawa founded in October, 1986, has developed from a religious movement in Japan into a vast global utopian movement with over 12 million followers located in over 164 countries (as of November 2021).